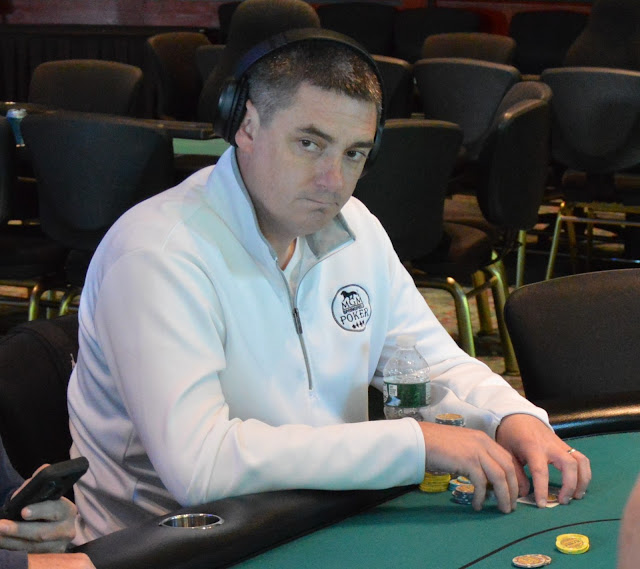 James Campbell raised to 800 from the cutoff and Luke Vrabel re-raised to 3,200 from the button. It folded back to Campbell who called and they went heads up to the 9♦️9♣️5♠️ flop.

Campbell check-called a bet of 2,000 from Vrabel and the dealer burned and turned the K♣️.

Campbell check-called a bet of 6,000 and the A♥️ completed the board. Campbell checked for a third time and Vrabel tossed out a bet of 10,000 sending Campbell into the tank.

As Campbell reached for the calling chips and Vrabel begin to talk. "Just pay me off, oops I can't say that, How's the firefighting going and how's the weather" he said.

Campbell then pulled the chips back and folded. "I had to talk to get you fold I've gotta show this one" Vrabel said turning over 8♣️4♣️ for just eight high.

"That's the only runout you could have got to make me fold" Campbell said with a smile as Vrabel scooped the pot.