We are down to the final 48 Day 1A Championship players and it's Caleb Clarke leading the way. Clarke got off to a red hot start right out of the gate and he continues to add to his massive stack.

He is now sitting behind a mountain of about 275,000 and that's enough for the current Day 1A chip lead.

He's not alone at the top of the chip counts as both Paul Snead and Brian Altman have just climbed over the 200,000 chip mark.

Championship: Day 1A Registration Closed, 112 Entries in the First Flight

The Day 1A Championship players have returned from break and tournament registration and re-entry for the first flight is now closed.

Day 1B tournament registration will remain open until the start of Level 9 or approximately 10:45 PM so there's still plenty of time to get in on the action.

Check out the full Foxwoods Megastack Challenge Championship NLH tournament structure at https://www.foxwoods.com/uploadedFiles/Pages/Game/Poker/Mega_Stack/Foxwoods-Poker-Mega-Stack-2019-Event8.pdf
Posted by The Goat at 6:01 PM


We have just entered the second level of play in the second Championship flight. This means the high hand promotion has come to an end.

Congratulation to Luke Vrabel whose seven high straight flush will earn him his full $1,500 tournament buy in back.
Posted by The Goat at 4:56 PM

It folded back to Wu who made it 32,000 and the player in the hijack quickly folded. Altman moved all in covering Wu who snap called for his last 62,000. Altman turned over K♠️K♦️ but Wu did one better tabling A♦️A.

The 7♠️7♣️3♣️8♠️J♠️ runout was no help to Altman and Wu's aces held up to earn him the double up.

Championship: Cruising Past the $150,000 Guarantee, Plenty of Time to Register 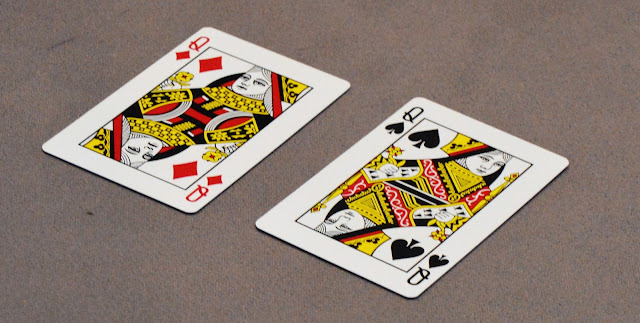 We are approaching the second break of the day here on Day 1A of the Foxwoods Megastack Challenge Championship and the field is still growing.

There are now 107 entries and counting in the first flight and tournament registration and re-entry remains open until the start of Level 9 (Approx. 5:45 PM).

The second Championship flight is underway and this means we have already cruised past the $150,000 guarantee.

The prize pool will only get bigger and there's still plenty of time to get in on the action.

Day 1B tournament registration and re-entry will remain open until approximately 10:45 PM and you can check out the full structure sheet at https://www.foxwoods.com/uploadedFiles/Pages/Game/Poker/Mega_Stack/Foxwoods-Poker-Mega-Stack-2019-Event8.pdf