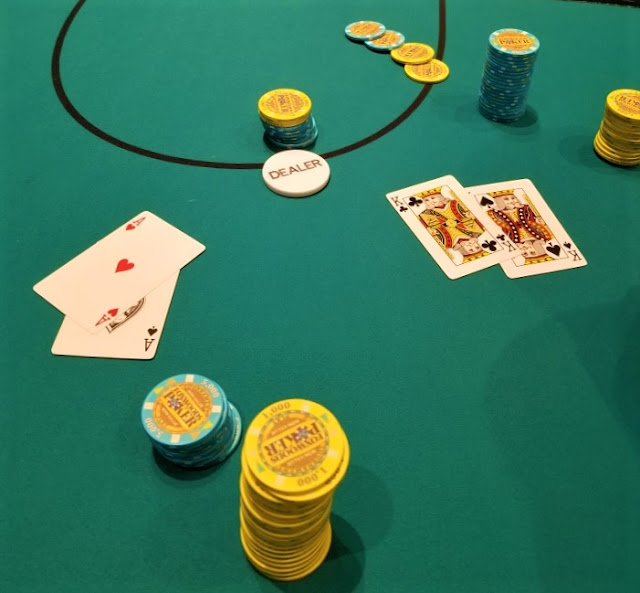 Tarun Gulati arrived about ten minutes late and was dealt in on the button. As he was taking his stack out of the bag the action folded to the player in the cutoff who raised to 12,000.

Gulati re-raised to 38,000 and it folded back to the player who moved all in covering Gulati who snap called for 151,000.

The player in the cutoff turned over K♣️K♠️ but Gulati did one better turning over his A♥️A♠️. The board ran out clean for Gulati and his pocket rockets held up to earn the double up.