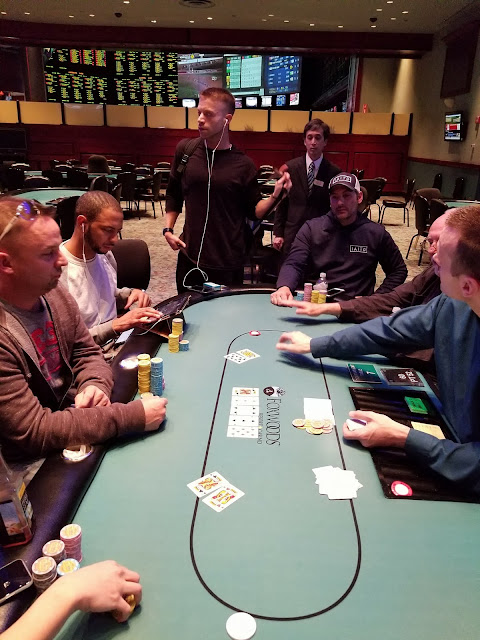 A player in early position moves all in for 600 total. It folds to the button who looks questioningly at the table across the table, and the dealer confirms that the player in all in for less.  The button calls, as does the small blind. Ryan Clements raises to 20,000 in the big blind, and the button and small blind both fold their hands.

"Why raise there?  Why not just call and give three players a chance to get him out," the button asks Clements.

Clements says, "Because I had these," as he turns over K♥K♣.

"Kings are good," the player in early position says as he turns over Q♦10♣.

The board runs out, 8♦4♠3♠3♦K♠ improving Clements to a full house, and eliminating his opponent from play.

The remaining 40 players are now bagging up their chips for the night, and will return to play Day 2 tomorrow at 11am.
Posted by mamossey at 10:21 PM