Yiming thinks for nearly three minutes, as a crowd begins to gather around the table to watch the monster pot taking place. 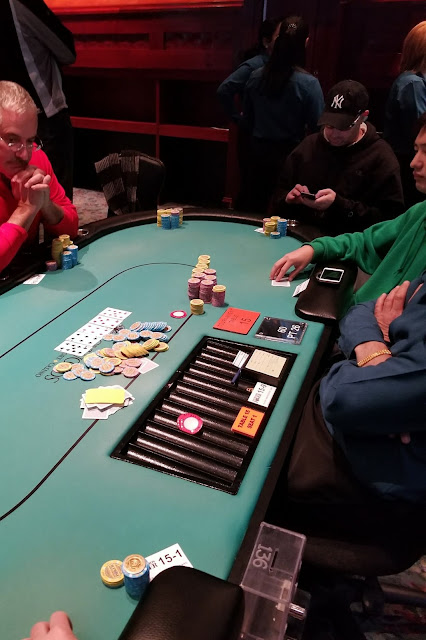 Yiming begins to shift back and forth in his chair, and apologizes to the table for taking so long.  After nearly four full minutes have passed, Yiming tosses in a chip to call.

"I put you on pocket tens," Yiming says to Song as Song stands up from the table and prepares for his payout.

After Song has existed the tournament area Yiming says, "It was because he shoved the river."

He then fills in the Foxwoodspoker.com blog staff on the action leading up to the flop.

After this pot, Yiming has taken the chip lead with over 600,000 in chips.